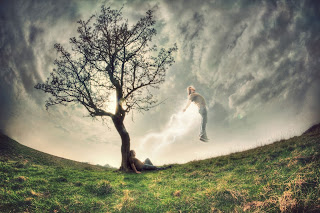 “And they will go away into eternal punishment, but the righteous will go into eternal life.” Jesus, Matthew 25:46

Jesus didn't soften His words regarding eternity to avoid rocking the boat, riling the lobbyists, upsetting the parish council, or offending the newcomer. His speech was plain, true, loving - no spin, no dressing. Friends, eternity is heavy on my heart today. I have been in far too many church services recently and around way too many believers with little to no mention of heaven and hell. We seem far too interested in temporal matters and this has impacted our thirst for radical soul winning and the way we talk about life and death in the market place. Remember - Christianity is not merely a pleasure cruiser it's a lifeboat to save the drowning - soon to be burning. That's what the bible says.

Many people, Christians included, have questions about hell. How could a loving God send people to hell? Perhaps it's best to help answer this question with another question, "how could a just, loving God, not punish sinners?" Hell was not created for man. The scripture clearly states that hell was created for the devil and his angels, but if we refuse the mercy of Jesus at Calvary then for God to remain a just God, we must face His judgment. Put another way, if God refused to forgive sin at all He would be just but He wouldn't be merciful. But if God forgave us without the cross He would be merciful but He wouldn't be just. Both the mercy and justice of God meet at the cross alone. That's why Jesus is the only way to heaven. (John 14:6)

Barry Bennet writes, "Hell is simply God's way of protecting His investment in humanity. "But the cowardly, the unbelieving, the abominable, the murderers, the sexually immoral, the sorcerers, the idolaters, and all liars shall have their portion in the lake which burns with fire and brimstone." (Rev. 21:8) Those who refuse the love of the truth, and love the darkness more than the light, will not be given the opportunity to destroy the everlasting love, joy and peace that we will enjoy with Him."

Leonard Ravenhill writes this: "In the 1700's Jonathan Edwards preached one of the greatest sermons ever preached in America. It was called "Sinners in the Hands of an Angry God." The people fell off their seats and clung to the pillars that were holding the gallery up - crying out in despair. And he didn't say, "Oh friends, please excuse me. I never meant to embarrass you like that." There was a reason for his power and anointing that day, because before he preached, he prayed. Over and over and over again he prayed, "Oh God, stamp eternity on my eyeballs." I don't know anybody else who's ever prayed it. Maybe we've said it - but if God should stamp eternity or even judgment upon our eyeballs, I'm quite convinced we'd be a very different tribe of people."

Beloved, let's not be casual with our "RIP" well-wishing concerning non-believers. It isn't true, it isn't fair, it isn't loving. Pray and intercede for those crossing the threshold, whatever their spiritual condition, absolutely - that God would have mercy on them and save them. We must remain sensitive, compassionate and wise. But nether must our witness sacrifice the absolute truths of God on the altar of care-taking and people-pleasing so that both we and the godless world is softly anaesthetised to the sting of death without Jesus. There's no rest for the wicked - sheol and the second death is a dreadful reality. Lest we make a frivolous vanity of the cross and a chocolate box of the faith handed down.

I won't associate myself with cliches and platitides like, "it was a peaceful passing" or "they've gone on to a better place" unless I was at the bedside and they were talking about Jesus. Or these two-a-penny, flippant "RIPs" often thoughtlessly bandied about concerning recently deceased persons, unless I know they professed Jesus as their Saviour. I am accountable for every vain word I speak and God forbid I end up a stumbling block just so that someone felt temporarily more comfortable.

"For God so loved the world that He gave His only begotten Son, that whoever believes in Him should not perish but have everlasting life. For God did not send His Son into the world to condemn the world, but that the world through Him might be saved."  John 3:16-17


Godless people, Godless because you serve not Jesus Christ, I love you enough to write plainly. God loves you - so much. Today is a gift, not a right. You are going to die. And there is nothing you can do about it. You cannot dodge it, you cannot control when it happens, it won't be pretty. You won't rest in peace. You aren't simply fertiliser. Without the salvation of Jesus Christ and reconciliation to the Father, you are food for worms - supernatural, hellish ones, that will never leave you be (Mark 9:48). You may throw your money at the scientists and freeze your body but you cannot hope for anything but the mercy of Almighty God.

It is no small thing that the eternal God put skin on, especially for you, only to have it ripped off in shreds. If I don't preach to you the fall, if I don't lay down His law and the wages of sin, then I daren't preach the cross of Jesus, salvation by faith and the resurrection. I will not gloss over your utter lostness, inbuilt propensity to sin and depravity apart from the grace of God. You desperately need a Saviour, as do I, as do we all.


When your mortal body dies, the spirit realm comes to take you, angels or demons, depending on to whom you have given yourself. And if you haven't made Jesus your Lord and Saviour you belong to the devil. The devil and hell is the default, that's the biblical truth. In over ten years of casting out literally hundreds of demons, I can say with some authority that the last thing you will have is peace. You must be born again or you will never enter heaven. Whilst that God-given heart in your chest is still beating, run to the throne of grace and mercy, throw yourself on the cross, don't look to left nor right. The gospel is good news, because our condition is deadly. We need to wake up to eternity. 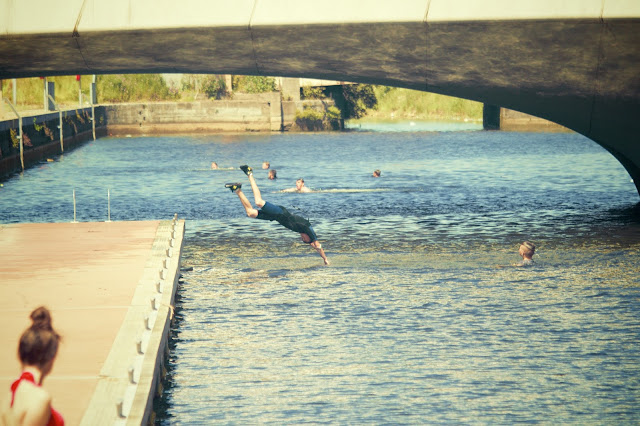 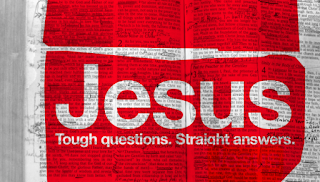